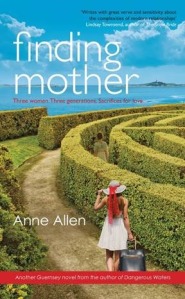 Who is she really? Nicole is about to find out as she searches for her real mother; the woman who gave her away at birth.  With her marriage in tatters, she sets out from England: travelling to Spain, Jersey and Guernsey before the extraordinary story of her real family is finally revealed.

Nicole becomes an unwitting catalyst for change in the family. Two women are forced to reveal long-buried secrets.  One going back as far as the Second World War.  Lives are transformed as choices have to be made and the past laid to rest…

This contemporary romantic drama is the second of The Guernsey Novels, a series of stand-alone books by the award-winning author Anne Allen. It is likely to appeal to lovers of the works of Joanna Trollope and Maeve Binchy.

Somebody once said to me that when writing a review or critiquing someones work you should give 3 positive and 3 negative comments. I really struggled with this review because although I liked it, I didn’t love it. For want of a better word I found it a bit meh!

So the 3 things I liked were believable characters, the stunning scenes and a happy ending.

3 things I didn’t like were its predictability, the main issues were far too easily solved and was a little bland.

So I’ll elaborate a little….

There are some beautiful descriptions of Jersey and Guernsey from someone who has an obvious love of the islands. It sounds like somewhere I’d like to visit!

The plot does move along quite quickly and therefore I found it to be a fast read. I didn’t really identify with Nicole’s character; in places I found her to be a little irritating, selfish and some of the things she said didn’t come across to me how a young professional woman would speak and I felt really sorry for her adoptive parents. She was quite swept up in her new life I thought they got a little left behind.  On the whole, I actually preferred the grandmother’s story and thought she actually had a better tale to tell.

From the blurb I was expecting a story that would pack a punch with lots of drama but I actually found it a bit wishy-washy and found Nicole’s search for her mother to be a little easy. I honestly don’t know how long it takes but it came across too quick and easy I would have preferred a more detailed search.

There are some deep involved issues in this novel, such as adoption, divorce, adultery and bereavement but each are dealt with a cup of tea and not much else. Things happen very easily for Nicole, new job, man, money all falls into her lap at the drop a hat.

You can’t win them all and unfortunately this one didn’t float my boat but as I said it’s an easy light read that fans of chick lit will devour! 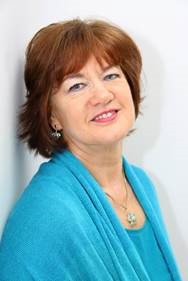 I’m a late-comer to writing, having only started in my, ahem, middle years. (I’m assuming we’ll all be living to 100 from now on, won’t we?) I’d often had an ‘itch’ to write but was focussed on my career as a psychotherapist and bringing up three children on my own. Writing was a luxury I simply could not afford! Then a few years ago I was a reluctant entrant (pushed by my mother!) into a writing competition  run by Prima magazine. They wanted a True- Life story and I won the first prize of £500 J So I decided that writing wasn’t such a bad idea and wrote my first novel, Dangerous Waters, shortly after; eventually  publishing it in 2012. As I’m now more or less retired as a therapist I’ve devoted a lot more time to writing and published my second novel, Finding Mother, in October 2013.

A restless soul, I have moved around the country quite a bit, as far north as Scotland and south to Guernsey in the Channel Islands. I’ve learnt that the sea must be part of my soul and am happiest when living near it. I now live in Devon to be near my daughter and grandchildren so I have the best of both worlds. As a family we lived in Guernsey for many happy years and I left one son behind as a valid excuse for frequent return visits. My other son’s based in London so great for when I need some culture J

Am happiest in warmer climes, however, and lived in Spain for a few years.  My ideal would be to spend part of the English winter somewhere warm, possibly Spain, so that I can recharge my body and soul. So, if and when I write that bestseller…!

Connect with Anne via

The giveaway on this tour is overall of two paperback copies of Dangerous Waters OR 2 ecopies for International entrants. Enter below