Hidden away in the Record Department of the sprawling Ministry of Truth, Winston Smith skilfully rewrites the past to suit the needs of the Party. Yet he inwardly rebels against the totalitarian world he lives in, which demands absolute obedience and controls him through the all-seeing telescreens and the watchful eye of Big Brother, symbolic head of the Party. In his longing for truth and liberty, Smith begins a secret love affair with a fellow-worker Julia, but soon discovers the true price of freedom is betrayal.

I picked this copy up quite recently from a charity shop as it was a book I’d never read although heard alot about. The first thing I noticed when I opened the book was the pages of solid black print and my heart sank. Before I’d even read a word I knew it wasn’t going to be an easy read.

For most of part one I didn’t quite get what was going on, it took me longer to read than usual and I found myself re-reading parts to fully understand. For example, I didn’t get what they meant by Newspeak and it wasn’t till it was compared to Oldspeak that the penny dropped!

I skipped over the majority of Part 2 and the ins and outs of the Brotherhood’s book; this was real heavy-going philosophical, sociological theories (I think) and was almost like reading a text book and I didn’t feel that it added much to the story.

I liked the parts where Winston and Julia were sneaking around and the element of danger and all that they were risking, and I also liked the majority of Part 3 and was desperately hoping for a different outcome for Winston. I’m still not entirely convinced I understand the end though.

I can appreciate how reading this book over sixty years ago when first published could have been completely terrifying. Almost as shocking as those who heard War of the Worlds on the radio and believed it to be true. Even reading thirty years ago + or maybe even twenty would still have have felt like a shocking and somewhat alarming read but given the world we live in now and how full of technology we are; it didn’t feel as frightening as I suspect it would have.

I know we’re supposed to love classics but unfortunately this book left me underwhelmed. It’s very intelligent and a clever idea for its time highlighted by the fact that key phrases have become incorporated into everyday life; Big Brother, Room 101 etc but parts left me cold. 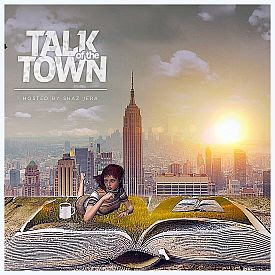